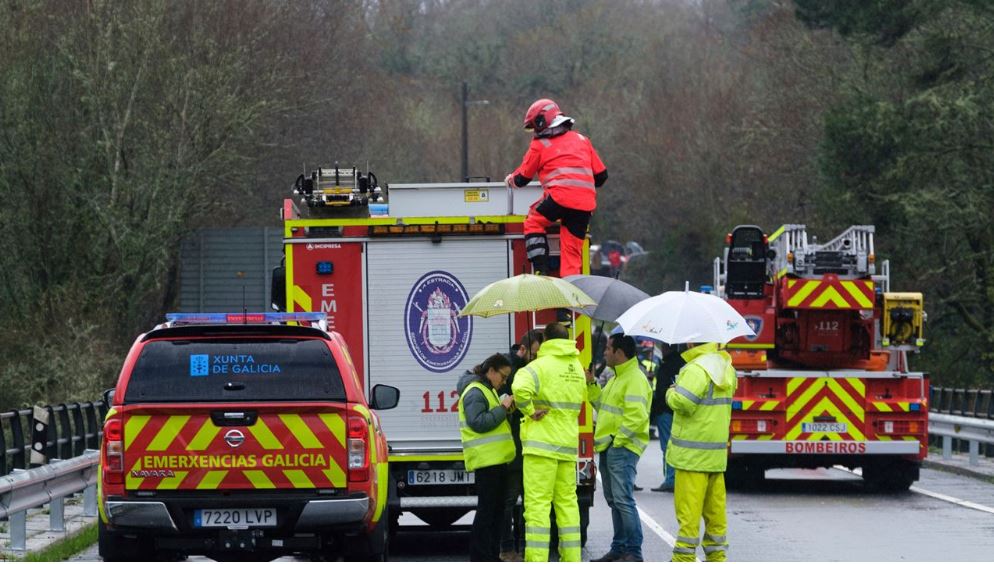 Six people died and two injured after a passenger bus careened off a bridge and plunged into an overflowing river in northwestern Spain, emergency services said on Sunday.

Two survivors – the vehicle’s 63-year-old driver and a female passenger – pulled out of the river by firefighters with rope and taken to nearby hospitals with varying degrees of injury.

The driver tested negative for alcohol and drugs, a police spokesperson told Reuters.

The spokesperson added that the search-and-rescue operation around the bridge had now concluded, while engineers attempted to find a way to safely recover the wreckage from the river Lerez.

The river’s strong current and high flow due to heavy rains sweeping the Galicia region hampered efforts to retrieve the bodies throughout the weekend.

Six dead in Spain after bus plunges off bridge into river

The coach from the company Monbus was travelling between the cities of Lugo and Vigo on Saturday night and had stopped at a penitentiary center near the site of the accident.

It skidded off a straight road on the bridge for reasons that remain unclear and plunged into the water in a fall of at least 40 meters (131 feet) at around 9.30 p.m. local time (2030 GMT).

Emergency services first alerted by a call from a passerby who notice the bridge’s protective barrier had been severely damage. Shortly afterwards, they received a second call from inside the bus as it was filling up with water.

The river remained above its overflow threshold throughout the night, forcing emergency rescue workers to suspend the operation for nearly two hours before resuming in the morning.

Authorities at first reported a total of nine people onboard the bus when it fell, based on the driver’s testimony, though the count now believed to have been eight based on missing person reports filed by relatives.

The regional president of Galicia, Alfonso Rueda, pointed to the “very bad” weather conditions as one of the possible causes of the accident.