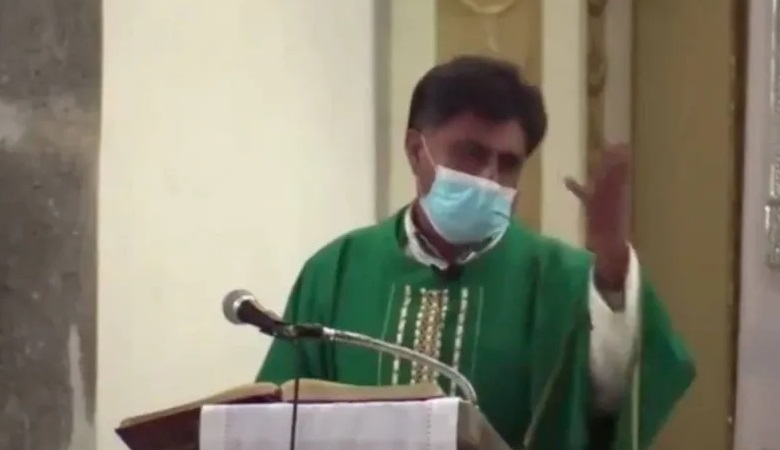 PUEBLA, Mexico.-Priest Pedro Varillas was removed from the parish of Jicolapa, a community of Zacatlán, Puebla after he delivered a homophobic sermon.

The Archdiocese of Puebla, headed by Archbishop Víctor Sánchez Espinosa, informed that after 11 years of being in charge of the community of Jicolapa, Pedro Varillas will have a new assignment, which will be defined in the next few days.

Father Pedro will have a new assignment where and when the Archbishop will determine it in the next few days,” the diocese’s statement said.

Regarding the priest’s statements, the Archdiocese of Puebla recalled that homosexual persons “must be received with respect, compassion and delicacy. All signs of unjust discrimination are to be avoided in their regard. These people are called to carry out the will of God in their lives and, if they are Christians, to unite to the sacrifice of the cross of the Lord the difficulties they may encounter because of their condition”.

They also indicated that the pastor recognizes that preaching should be exercised with absolute respect for all, and apologized for having used inappropriate adjectives regarding homosexual persons during his Sunday reflection.

WHAT THE PRIEST SAID

A couple of weeks ago a video went viral on social networks in which the parish priest Pedro Varillas spreads a homophobic sermon, accusing that gender ideology “are things of the devil and joined”.

“This of equal marriages, gender ideology, trans culture and all these things of the devil,” he said.

Despite his speech he said they were still “children of God.” “But that does not mean if they are baptized that they are no longer children of God yes. For they are called to live the right life. A moral life.”