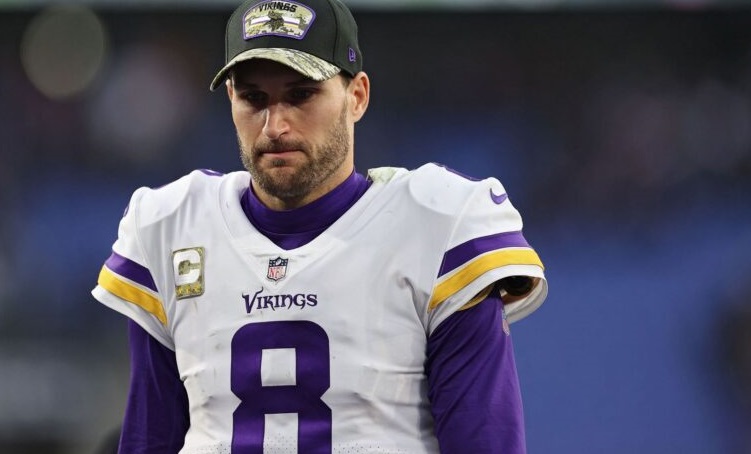 Don’t we love this time of year in the NFL? Teams have finished training camp and are looking ahead to their preseason slate of games. It’s a chance for players to make their mark and try to make the final 53-man roster.

As such, there is a lot of news floating around the league with injuries, contract situations, and more. Yesterday we saw Tampa Bay Buccaneers quarterback Tom Brady leave practice for personal reasons. The 45-year-old won’t be back with the team until after Tampa Bay’s second preseason game next week. According to reports, the Cleveland Browns are interested in signing Jimmy Garoppolo, should Deshaun Watson’s six-game suspension be extended.

That brings us to today’s news. Minnesota Vikings quarterback Kirk Cousins tested positive for COVID-19. He will be out of their first preseason game against the Las Vegas Raiders on Sunday.

New Tampa Bay Buccaneers wide receiver Julio Jones is getting comfortable with the offense and learning it quickly. Tennessee Titans rookie quarterback Malik Willis reflected on his debut. He said there’s a lot to watch on film after his first NFL appearance.

Here are the latest headlines from around the NFL today.

Kirk Cousins will not dress for the Vikings’ first preseason game after testing positive for COVID-19. He was sent home from practice and will not participate in Sunday’s game against the Raiders.

Cousins, like many NFL players, opted not to vaccinate last year. He had a pretty decent season, throwing for 33 touchdowns against seven interceptions. However, the Vikings finished 8-8 on the year.

Tampa Bay Buccaneers training camp.
Tom Brady’s newest weapon is getting comfortable. Julio Jones has only been with the team for a couple of weeks, but he’s already picking up the offense.

Jones spoke with the Tampa Bay Times and said everything is going well for him. Here’s what he said:

“Everything comes to me. In the game of soccer, you just don’t want to have to go out and think. You want it to become second nature to you. But I’m picking it up pretty quickly, and it’s been good.”

Jones hopes to finish the season with his first Super Bowl victory after trading Tennessee to Tampa Bay..

Malik Willis reflects on his debut

Tennessee Titans v Baltimore Ravens
The rookie quarterback experienced an up-and-down debut for the Titans. He completed 6/11 passes for 107 yards, while also rushing for 38 yards and a touchdown on five carries.

For Willis, there’s a lot to work on and that starts with watching a film of his performance.

“I mean, you’ve got a lot to learn about, a lot to see on film, so I guess it’s great to get out there again and play soccer. I missed some things, probably, and I made up for it.” with my legs and kept relying on that, but that’s what preseason is for…You’ve got to watch the film, see if it’s worth it and keep working.”

I know it’s just the preseason, but Malik Willis looked good in his debut last night. However, what’s up with that Patrick Mahomes arm-angle throw to the TE?

Willis hopes to continue his form during the preseason as he looks to earn a backup spot and perhaps even usurp Ryan Tannehill.