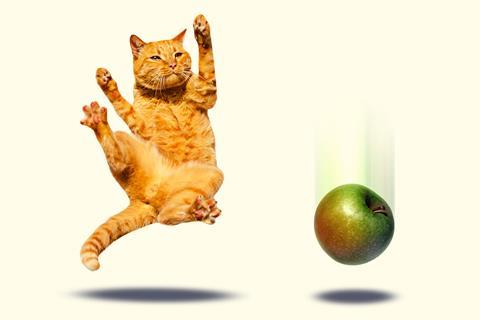 The periodic table is one of the greatest scientific achievements of all time. By classifying chemical elements by increasing atomic number, chemists have discovere previously unknown elements, synthesise new substances and better understood the chemical and physical behaviour of matter. It is an exceptionally handy tool. Essential not just to chemical practice but also to the teaching of chemistry at all levels.

Where the periodic table has been disregarded though, is philosophy. This is surprising not just because of its important role in chemistry. The periodic table is often mentione in textbooks, chemical articles and popular texts as a representation of the so-calle ‘periodic law’.1 This term suggests that at least in chemical discourse the periodic table has a status that few classificatory schemes enjoy in science: it shows, to put it boldly, a law of nature.

Now this should ring many bells for philosophers. As they attempt to understand the structure of the world, philosophers persistently ask whether there are laws of nature that govern the behaviour of things in the universe. Examples from science that philosophers have examine as paradigmatic candidates include Newton’s law of gravity, the law of demand and supply, and the laws of thermodynamics.

The nature of laws

All potential candidates for laws of nature have certain common features that are taken to be signs (though perhaps not sufficient criteria) of genuine laws. The first is that law-like statements make inductive inferences: they generalise from observed facts to unobserved instances. For example, by accepting Newton’s law of gravity, one can generalise that any object of mass m, which has a specific distance r to earth, will fall to the ground in a way that obeys that law. Secondly, candidate laws connect certain properties of objects without having to specify exactly what sort of objects they are. Whether we have apples, chairs, cats or dogs falling from the sky, they will all – as objects of mass – obey the law of gravity in the same way. Thirdly, laws are used to predict facts about the world.

Moreover, laws of nature are (at least approximately) true at any time and place in the universe. It doesn’t matter whether hydrogen and oxygen is on Mars or in my office; under the same conditions those elements will always behave in the same ways. Furthermore, laws are universal (or at least statistical) claims: one can make generalisations about the entire category of objects that the law refers to. That ‘all gold conducts electricity under standard conditions’ is an example of this. Lastly, laws are conditional claims: if an object of mass m falls from distance r, then according to Newton’s law, it will hit the ground with velocity v.

What about the periodic table?

Can we say that the periodic table satisfies these features. The answer is not as straightforward as in the case of Newton’s law. This is because we must first carefully spell out the law-like statements that are made in the context of the table. Interestingly, the periodic table involves numerous potential law-like statements. There are statements about elements and also about groups of them, like ‘All metals conduct electricity’ and ‘All noble gases are unreactive under standard conditions’. Each statement is encoded in the table as the periodic classification is base on the underlying electronic structure of elements. So one could argue that each represents a candidate law of nature.

But why think of laws of nature in the first place? Of the several ideas that have motivated this philosophical discussion. There are two I find most interesting. First, the idea of lawhood has a historical significance with religious connotations, as it was often associate with the divine rule or intention of god. In general, the idea that there is a certain way in which the world is compelle to behave (either by an agent or not) has persistently intrigue human civilisation.2 Second. There is a debate in metaphysics about whether things are the way they are in the universe by necessity or just by accident. If they are by necessity, is there something in the nature of things that compels them to behave as they do? Or do laws necessitate that things behave in a certain way? Some contemporary philosophers even argue that we might need both laws and the powers of things.3

All this sounds quite abstract – because it is! This is a very difficult topic, with many different implications not only to how we understand the world and our place in it, but also to how we understand science and its role in our metaphysical enquiries. In any case, it seems that chemistry once again needs to receive more attention from philosophers. Even if the periodic table does not enclose some of nature’s laws, thinking of it this way can help us understand what (if anything) grants law-like status to science.