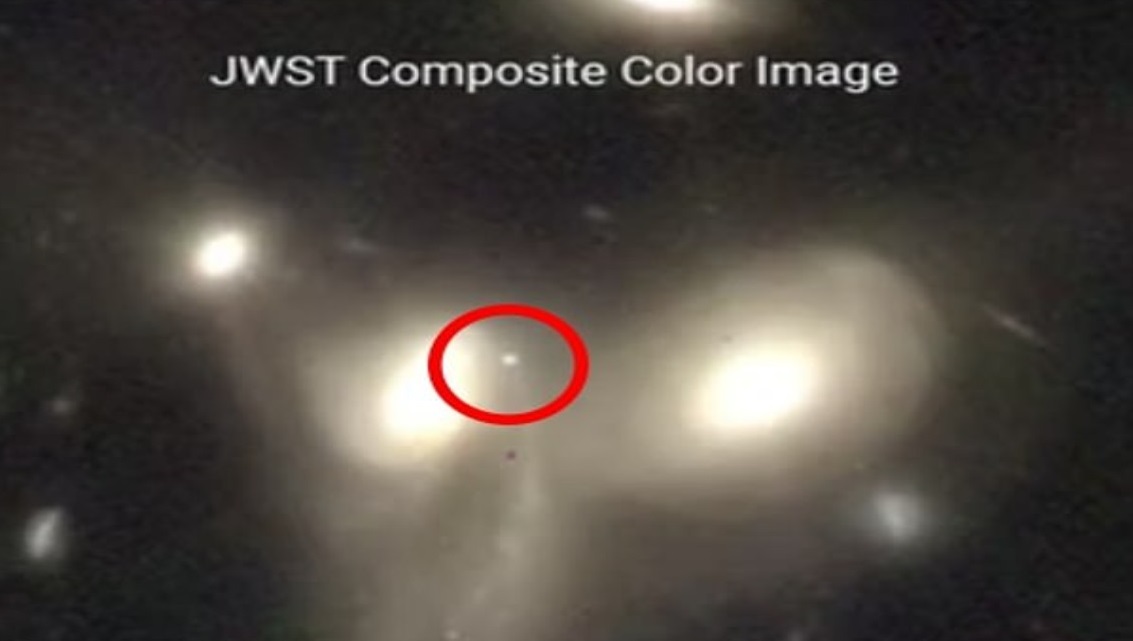 A bright light detected by NASA’s James Webb Telescope (JWST) three billion light-years from Earth is believed to be the first observation of a supernova. The stellar explosion occurred in the galaxy, SDSS. J141930.11+5251593, where JWST took images showing the light from an object becoming fainter than a five-day arc. The potential supernova was captured with the NIRCam instrument designed to detect light from early stars and galaxies using a wide range of infrared light. NIRCam is equipped with coronagraphs, instruments that allow astronomers to take pictures of very faint objects around a central bright object, such as stellar systems or in this case, stellar explosions. JWST was investigating the distant galaxy, so capturing the supernova was by luck, Engesser told Inverse.

The dying star, which appears as a small bright spot in the images, was not present in images of the galaxy taken by the Hubble Space Telescope in 2011. The galaxy, called GLASS-z13 (GN-z13), formed 300 million years after the Big Bang occurred 13.8 billion years ago. The previous record holder, discovered by the Hubble telescope in 2015, was GN-z11, which was 400 million years after the birth of the universe. JWST captured a glimpse of GN-z13 using its Near Infrared Camera (NIRCam) instrument, which can detect light from the first stars and galaxies. While investigating the area are GN-z13, JWST also spotted GN-z11. Scientists at Harvard and the Smithsonian Centre of Astrophysics in Massachusetts note that although they are both old, each of the galaxies is very small, New Scientist reports. GN-z13 is about 1,600 light-years old and GLASS z-11 is 2,300 light-years old. This is compared to our own Milky Way, which is about 100,000 light-years across.