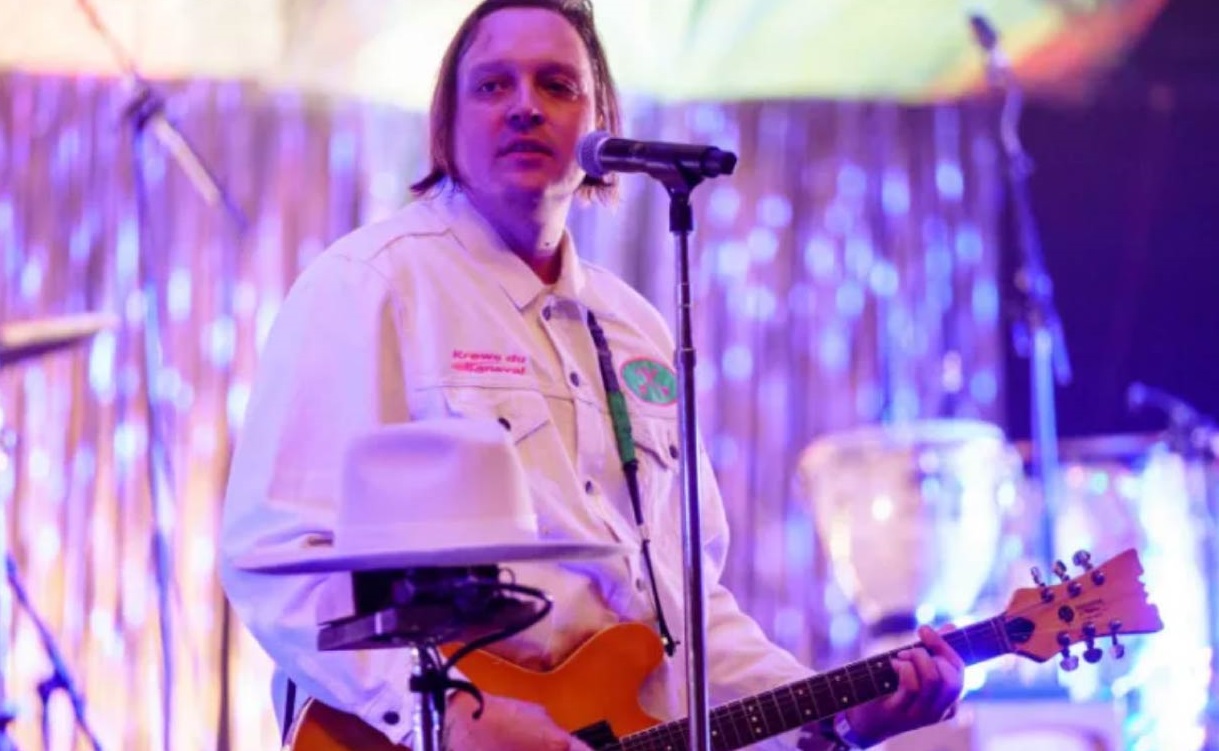 Four separate individuals have accused Arcade Fire founder Win Bulter of sexual misconduct (from unwanted sexting to sexual assault) against them between 2016 and 2020.

In a Pitchfork report, four people – three of whom were “diehard” fans of the group and were between 18 and 23 years old when they met the musician – detailed their allegations against the singer, who since 2003 has been married to his bandmate, Régine Chassagne. In a statement sent to the same media outlet, Butler admitted the existence of extramarital affairs, but insisted that all sexual encounters were “consensual.”

“Lily,” a gender-fluid person who uses the pronoun ‘Elle,’ claimed she met him at a concert in Montreal in 2015 and struck up a friendship from there. However, after dinner in February of the same year, Butler allegedly inserted his hands inside her pants without her consent. The two kissed at the end of the night, but she “didn’t ask for it” and “it wasn’t reciprocal. It was very short and awkward because it was so bad.” In the musician’s response to Pitchfork, he maintained that he only rested his hand on Lily’s inner thigh.

Two days later, Butler showed up at Lily’s apartment, where he “cornered her against the wall,” “aggressively grabbed” her body and “shoved his tongue down her throat.” “It was an attempt to be sensual, but it was very wrong considering the context,” the person commented.

Three more women, all Arcade Fire fans and 10 years younger than him, shared how the singer sought them out on social media. Their online conversations eventually turned into actual encounters and repeated requests for explicit photos. Butler also allegedly sent unwanted nudes to one of them.

“Win Butler asked me for nude photos and tried sexting with me, but I told him it made me uncomfortable,” wrote “Stella,” one of the women, in a Facebook chat in 2016. “I don’t know what to do, he keeps writing me over and over again.”

Another, “Sarah,” recounted their online interactions with Pitchfork. The video calls were solely for him to ‘finish’ and then he would hang up on me. I felt terrible after I did it.

“Fiona,” whom Butler sought out after being front row at a band concert in Montreal, had similar interactions with him prior to their in-person sexual encounters. After one that occurred the night before an Arcade Fire show in Vancouver, Fiona claims to have attempted suicide. “I felt terrible,” she said. “The pressure of having to keep everything a secret, having to constantly put my needs aside to please him, the lack of boundaries and the guilt of being the other was getting too hard to ignore.”

In response to Fiona’s accusations, Bulter acknowledged that he knew about the suicide attempt but maintained that she told him she “had nothing to do” with it “because she was suffering from mental illness.” However, the woman contradicted him: “It only had to do with him.”

The four people did not know each other and only got in touch once they shared their experiences in a Reddit post. “Sexual predator-when I was an 18-year-old fan,” Fiona wrote in a 2020 Instagram story, whose screenshot fueled the post.

In a lengthy statement sent to Pitchfork, the musician admitted to having “had consensual relationships outside of marriage,” however, he reiterated that he has “never” “touched a woman against her will.” “Any insinuation that I have done so is false. I vehemently deny any claim that I have ever overreached myself with a woman or asked for sexual favors. That, simply and unequivocally, never happened.”

“Despite the fact that these relationships were consensual, I apologize to anyone I have hurt by my behavior. Life is full of pain and mistakes, and I have never wanted to cause pain to anyone else,” he said.

“For a long time, I have suffered from mental health issues and the ghosts of abuse in my childhood. In my 30s, I started drinking to deal with the worst depression of my life after our family suffered a miscarriage. None of this is to excuse my behavior, but I want to give some context and share what happened in my life around that time. I no longer recognized myself or the person I had become. Régine waited patiently as she watched me suffer and tried to help me as much as she could. I know it must have been very hard for her to see the person she loved so lost.”

“Since the covid, I have spent the last few years trying to save that part of my soul,” he added. “I have devoted a lot of time and energy to therapy and healing, including Alcoholics Anonymous sessions.”

In a separate statement, Chassagne said, “Win is my soul mate, my writing partner, my husband and the father of my wonderful son. He has been my partner in life and in music for 20 years, and for all the love in our lives, I have also seen him suffer from immense pain… I know what is in his heart and I know he has never touched a woman without her consent, he never would. He lost his way and found his way back.”