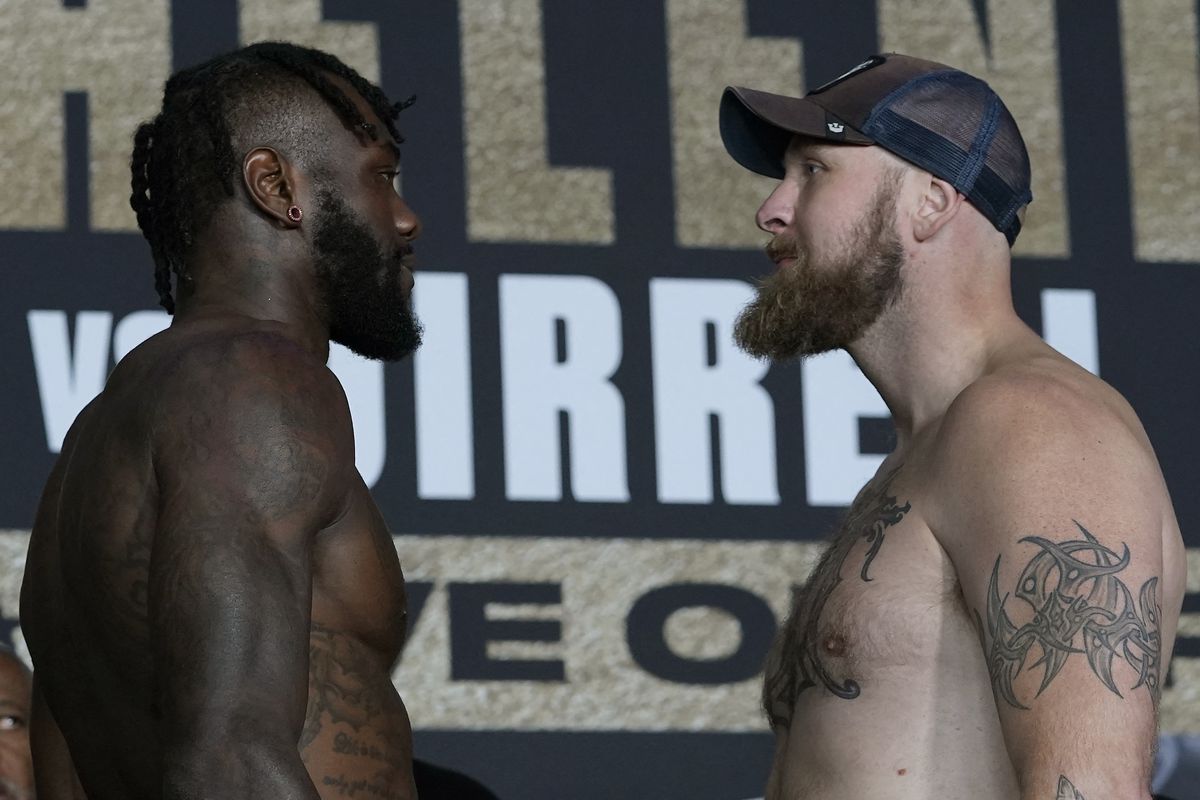 Wilder vs Helenius UK time, live stream and TV details as the Bronze Bomber returns to the ring for the first time since his trilogy defeat to Tyson Fury a year ago.

Deontay Wilder will step into the ring on Saturday for the first time since his comprehensive defeat to ‘Gypsy King’ Tyson Fury last October – with Robert Helenius the man in his way.

Wilder, who was insanely close to toppling Fury for the Wythenshawe-born star’s first ever career loss in December 2018, has since fought Fury twice. His seventh-round loss in February 2020 saw him lose the WBC Heavyweight title and miss out on an opportunity to win the vacant The Ring heavyweight title alongside that.

Another bout was arranged to make the series a trilogy last October; but yet again Fury beat his man, this time in 11 rounds, to show the gulf between the two. Nevertheless, Wilder has a chance to salvage face when he takes on Swedish-Finnish boxer Robert Helenius on Saturday evening in at the Barclays Center in New York.

With just three losses from his 34 bouts, Helenius is no pushover; he only lost to Dillian Whyte on points five years ago, and with Whyte touted as one of boxing’s biggest names, that could show he has some form of credability stepping into the ring.

But what time does the fight start? What TV channel is it on, and where can you live stream the bout?

What time is Wilder vs Helenius in the UK?

Wilder vs Helenius is set to take part at around 12am ET Time, which means that viewers in the UK will see Wilder take to the ring around 5am.

Who is on the undercard?

The event starts earlier, with the undercard as follows: