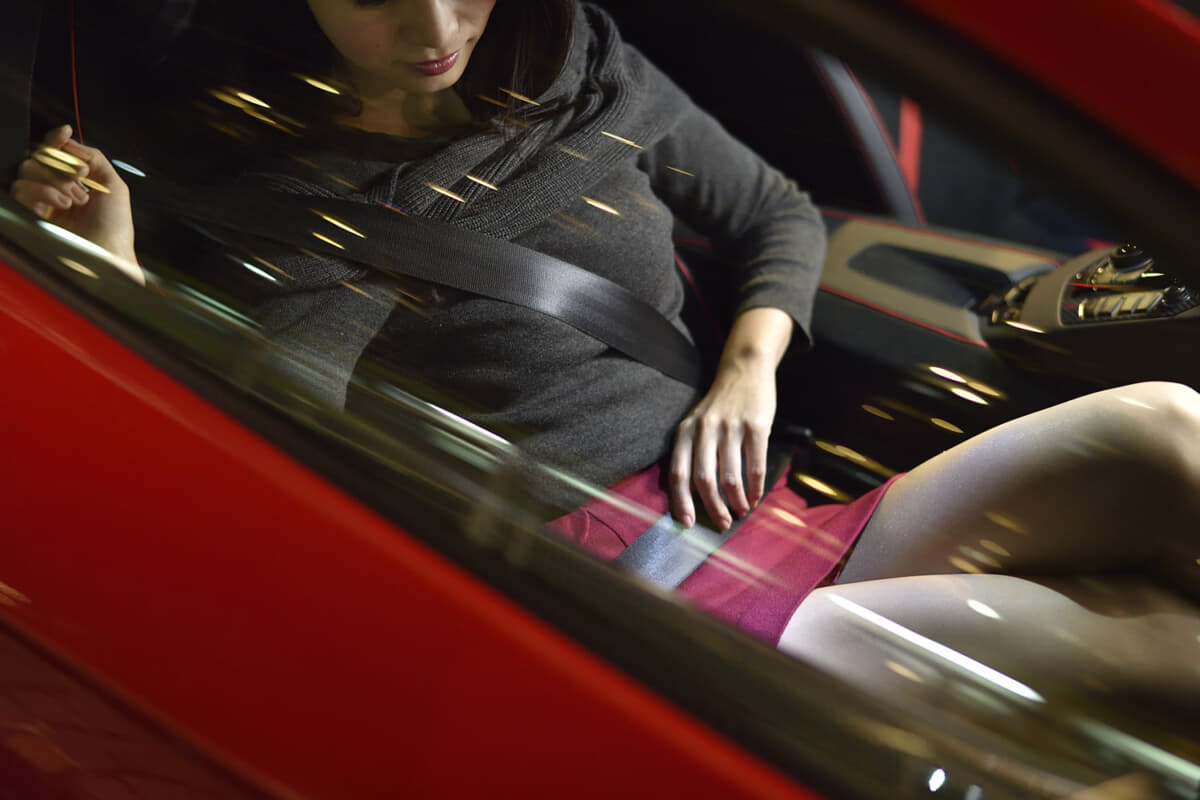 A legendary broker and a beautiful saleslady pick up the hottest used cars every time. By reading their talks, you can learn about the current used car market, what to buy, and even the car’s history. In the third installment of this series, we will introduce the “Aventador LP750-4 Super Veloce (SV),” a special model among the Lamborghini Aventadors, whose used car market is currently skyrocketing.

Naturally aspirated V12 engine with 50 more horsepower
This is the Tokyo Bay area. In an area lined with factories and warehouses, a single garage stands quietly. At first glance, the garage appears to be nothing more than a small warehouse, but once you open the door, you find yourself in a paradise, where a variety of stunning supercars and premium cars are lurking, waiting for their next customers.

What is the limited edition model that is actually calle

The owner of this garage is a broker who was once called a legendary super car dealer. Rumor has it that in his younger days, he was a fierce competitor in the Tokyo Metropolitan Expressway Attack and the Zero-Yon.

One day, a young, mysterious, and beautiful woman came to stay with him as a “forced saleslady. She is a complete novice when it comes to cars, but instead of the company president, who is always spouting off about cars and not knowing whether or not he wants to sell them, she uses her genius sales sense and Showa and Heisei style talk to sell the cars that come in one after the other.

So what kind of super cars or premium cars are coming in tonight?

President “Hey, what happened to my Aventador SV?

Beauty: “It’s not my car, it’s a stock car at our store. After I test-drove it thoroughly, I asked my usual factory for inspection and maintenance.

President “Hey, come on, we haven’t even test-driven it yet.

Beauty “If it’s an Aventador, didn’t you drive it enough when you sold LP700-4 and Pirelli Edition in a row?

President “I hardly got to ride both of them because you quickly found customers for them. And SV is a completely different thing.

Beauty “Yes, it has feathers and so on, and it looks much more gorgeous than the normal version, and it reacts and sounds when you step on the gas pedal.

The president said, “What do you mean by ‘goisu’? Aside from that, the engine is a 6.5-liter V12, which is basically the same as the LP700. However, the maximum power output has been increased by 150 rpm from the standard model to produce 750 hp at 8400 rpm, an increase of 50 hp. The maximum torque is 70.4 kgm, which is the same as the standard model, but as the maximum permissible rpm of 8500 rpm, which is very unrealistic for such a large displacement engine, shows, the engine was made to be able to rotate anyway. That’s why we increased the power.