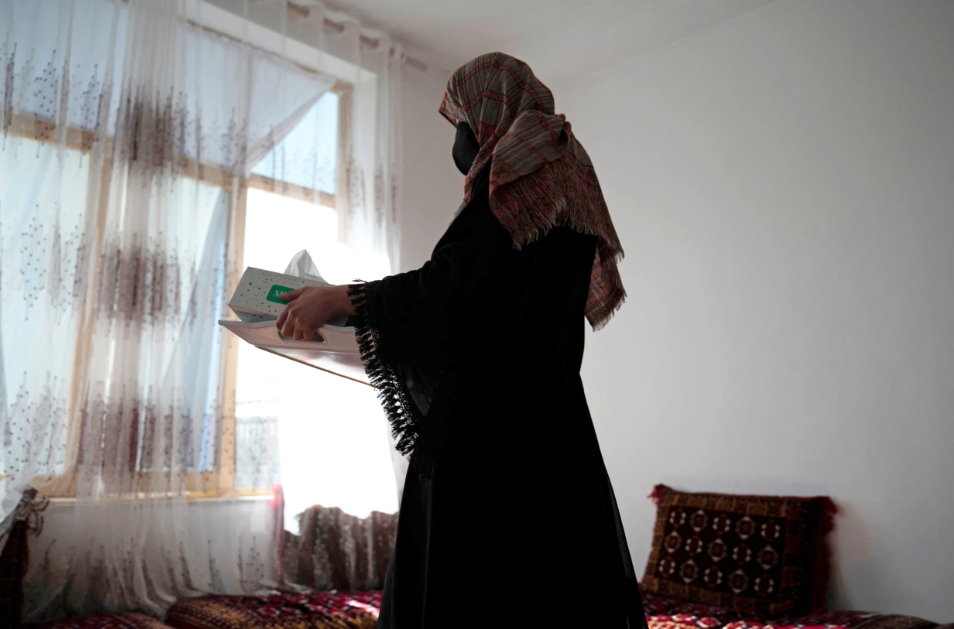 Afghanistan’s Taliban-run government on Saturday ordered all local and foreign nongovernmental organizations to prevent female employees from reporting to work, in the latest restrictive move against women’s rights and freedoms in the country.

Rahman Habib said that all nongovernmental organizations had to register with the ministry, and the ministry had “received complaints” that some women had not followed the prescribed dress code for women appearing in public, a code derived from the Taliban’s strict interpretation of Islamic law, or Shariah.

Taliban officials announced in May that women leaving the home were to cover themselves in head-to-toe loose-fitting clothing that covers the face, such as a burqa, a traditional all-enveloping article of clothing that includes a mesh panel for the face. According to the edict, only a woman’s eyes should be visible.

Rahman Habib also said that the letter warned the organizations whose female employees failed to adhere to this standard would have their licenses revoked.

It was not clear if the order also applied to United Nations agencies, which have a large presence in Afghanistan.

However, any other nongovernmental organizations that have an active presence in Afghanistan, which has been embroiled in an economic and social crisis since the Taliban took over in August 2021 following the withdrawal of U.S. and NATO troops.

Taliban orders NGOs to stop women from coming to work

The move condemned by Paul Klouman Bekken, the charge d’affaires for Norway, which funds humanitarian aid to the country and hosted talks between Taliban and civil society members in January.

“The ban on female employees in NGOs must reversed immediately,” he tweeted. “In addition to being a blow to women’s rights, this move will exacerbate the humanitarian crisis and hurt the most vulnerable Afghans.”

The order came days after the Taliban used a similar pretext to order the closure of universities to women, prompting strong global condemnation and sparking some protests and heavy criticism inside Afghanistan. The Taliban also claimed that students were mixing between genders.

Foreign governments, including Muslim-majority Saudi Arabia and Turkey, condemned the university ban, which also led to criticism and protests inside Afghanistan.

About two dozen women heading to the provincial governor’s house to protest the ban, chanting: “Education is our right,” when they pushed back by security forces firing the water cannon, eyewitnesses told told Reuters.

Mushtaq Yusufzai reported from Peshawar and Leila Sackur from London.