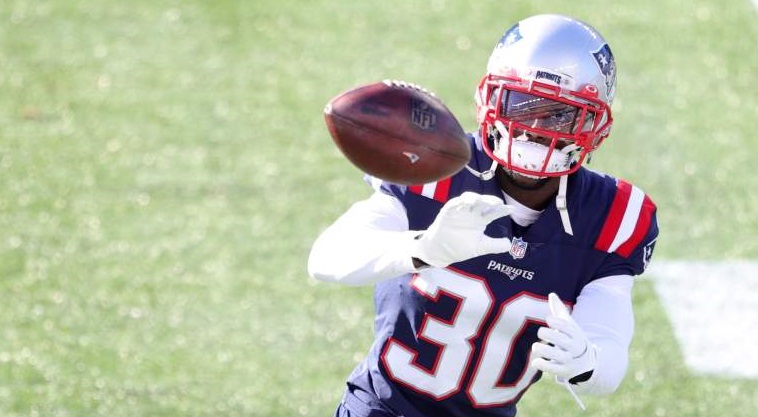 McCourty will join the cast of “Good Morning Football.”

“I’ve endured 0-16 seasons to hoist a Lombardi Trophy in Super Bowl LIII. Good Morning Football now gives me the platform to share those experiences and lessons with fans around the world.”

This is not McCourty’s first foray into media. He hosts a podcast with his brother Devin titled “Double Coverage with the McCourty Twins.”

How did McCourty perform in New England?.

McCourty joined the Patriots in 2018 and it’s safe to say the move paid off for the corner. He helped the Patriots win Super Bowl LIII and will always be remembered for his tremendous effort to track down a pass intended for Brandin Cooks to prevent a touchdown.

Super Bowl LIII would prove to be McCourty’s only Super Bowl ring.

McCourty retired with 173 games on his resume and racked up 744 tackles, 108 passes defended, 18 interceptions, and nine forced fumbles.

What other Patriots have made the transition to the media.

One of the biggest names has to be Tedy Bruschi. The Patriots linebacker joined ESPN after his 13-year NFL career. The three-time Super Bowl champion is still part of the network’s soccer coverage and has been inducted into the Patriots Hall of Fame.

Ninkovich joined ESPN in 2019 after an 11-year career in the NFL.

Scott Zolak is also a featured member of the Patriots media as a color analyst for the game radio call and is a noontime radio host on 98.5 The Sports Hub. While Zolak’s NFL career was far from spectacular, appearing in 55 games and racking up 1,314 air yards, eight touchdowns, and seven interceptions, Zolak has been a star of the New England media landscape.

So McCourty will join a long list of former Patriots who are now members of the media. While he is no longer on the field, New England fans will still be able to watch him talk about the game he loves.