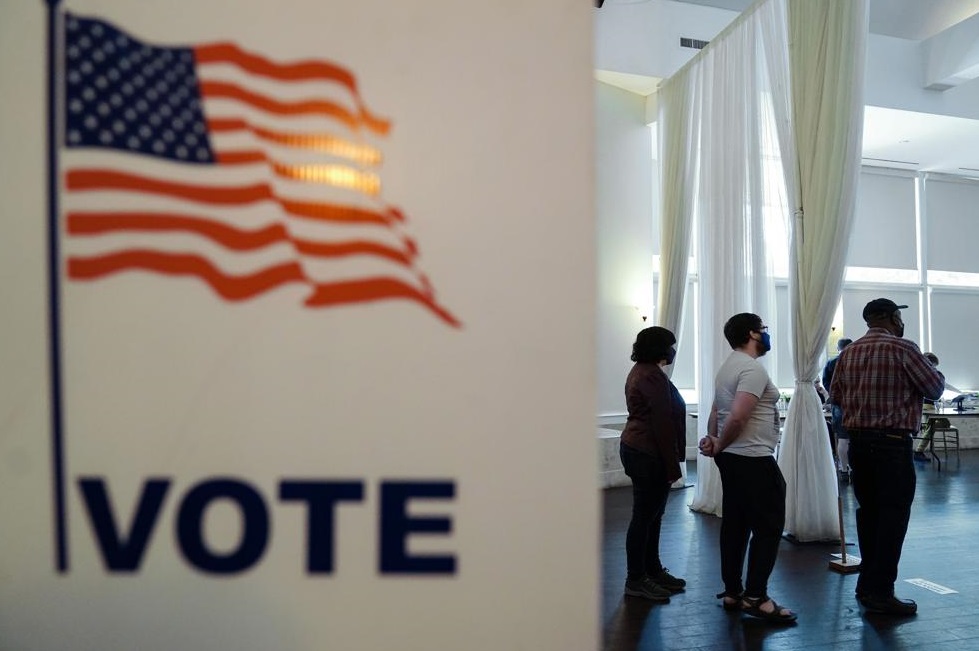 As he campaigns for a Manhattan congressional seat against fellow Democrats twice his age, 38-year-old Suraj Patel harnesses the frustration of his generation toward those who have held office for decades.

In his telling, Reps. Jerry Nadler, 75, and Carolyn Maloney, 76, are part of a crop of Democrats who rose to power in the 1990s only to fail on issues ranging from guns to climate change and abortion. The redistricting process that merged their congressional districts offers a chance for new leadership, Patel says.

More than 1,100 miles to the west in the presidential testing ground of Iowa, Republican Jeremiah Bronson was also considering whether someone other than 76-year-old Donald Trump might carry his party into the future. Bronson expressed growing interest in 55-year-old Virginia Gov. Glenn Youngkin.

“He seems to be on the same page with conservatives around the country,” Bronson, 39, said as he dined on barbecued pork sandwiches with a half-dozen other Story County Republicans.

In a nation faltering along seemingly every conceivable divide, there’s a shared desire among Democrats and Republicans for a new generation of political leadership. The conversation is most pronounced when it comes to the White House as Trump considers another campaign and President Joe Biden confronts skepticism about his ability to mount a reelection bid in 2024 when he is 82.

“There’s just a sense of like, that rematch between these two old guys seems ridiculous to people,” said Sarah Longwell, a Republican strategist who conducts almost weekly focus groups with voters across the country and political spectrum.

There are recurring calls for youth and change in U.S. politics.

Bill Clinton’s appeal for a new generation of leadership helped him rise from governor of Arkansas to the first baby boomer president in 1992. In 2008, Barack Obama’s relative youth was an asset in his primary campaign against Hillary Clinton and during the general election against Arizona Sen. John McCain.

The dynamics have shifted since then, with some Democratic voters furious that Biden and leaders in Congress haven’t done more to protect abortion rights, respond more aggressively to a wave of mass shootings and address climate change.

A new Associated Press-NORC Center for Public Affairs Research poll shows that 83% of U.S. adults say the country is on the wrong track. Only 36% approve of Biden’s leadership overall, while 62% disapprove. Polling from AP-NORC in recent months captured deepening pessimism among members of his own Democratic Party about Biden, the direction of the country, and the state of the economy. A January AP-NORC poll found just 28% of those surveyed and 48% of Democrats said they want Biden to run for reelection in 2024.

Julián Castro, a former Obama housing secretary, and onetime presidential candidate said there’s “no doubt” that members of his party are frustrated and that Democrats in Washington need to show a sense of urgency and produce results. In a telephone interview from the Texas Democratic Convention in Dallas, he said Democrats seemed energized.

“My immediate hope is that that angst and frustration is going to be channeled positively to turn out in November,” he said, referring to the midterm elections. “And then we’ll reckon with what’s beyond that when November happens.”

Biden has repeatedly insisted he will run for reelection. But should he decide to step aside, a host of younger Democrats could be in contention. They include Vice President Kamala Harris, who is 57. California Gov. Gavin Newsom, 54, and Illinois Gov. J.B Pritzker, 57, have garnered attention for their responses to the Supreme Court’s abortion ruling and mass shootings.

Some Democrats seeking office this year have been clear about their desires that a new generation takes its place in politics.

Last month, the Democratic candidate for governor in South Carolina, Joe Cunningham, proposed not only term limits but also age limits for officeholders, saying it was time to end America’s “geriatric oligarchy” of politicians who are staying “in office way past their prime.” To Cunningham, who recently turned 40, that includes the incumbent he hopes to oust in November, 75-year-old Republican Henry McMaster, who is the state’s oldest sitting governor.

But Cunningham also said the proposal was intended to apply to Biden.

For Republicans, the most pressing debate often seems to focus less explicitly on age and more on whether the party should move on from Trump. That’s particularly true in the wake of hearings by the House Jan. 6 committee that have drawn new attention to his desperate efforts to stay in office after losing the 2020 election.

The Jan. 6 hearings may be sending voters looking elsewhere.

Capitol. January’s AP-NORC poll showed that people were just as down on Trump running again in 2024 as they were Biden: Just 27% of U.S. adults wanted Trump to run again, including a slim majority – 56% — of Republicans. That poll also showed the former president’s popularity with the GOP dropped somewhat, with 71% of Republicans saying they had a favorable opinion of Trump compared with 78% in a September 2020 AP-NORC/USAFacts poll.

Longwell, the Republican strategist, said the hearings seem to be having an impact even among Republican voters who are not watching the sessions or persuaded by them because they are a reminder of the tumult that has surrounded Trump.

Trump and his associates are especially focused on Florida Gov. Ron DeSantis, who, at 43, is increasingly viewed as a younger heir to the former president’s brand of politics.

Pat Brady, the former chair of the Illinois Republican Party who is not a Trump supporter, said he thinks the “fever has broken” when it comes to Trump’s standing with the GOP.

“I think the combination of him just spending all his time, every speech, relitigating 2020. Voters typically look forward. They don’t look backward,” he said.

“When you look at the leadership, I’m old and those guys make me look young,” said 61-year-old Brady. “This is a vibrant youthful country, fundamentally, and we’ve got a bunch of old people running it.”