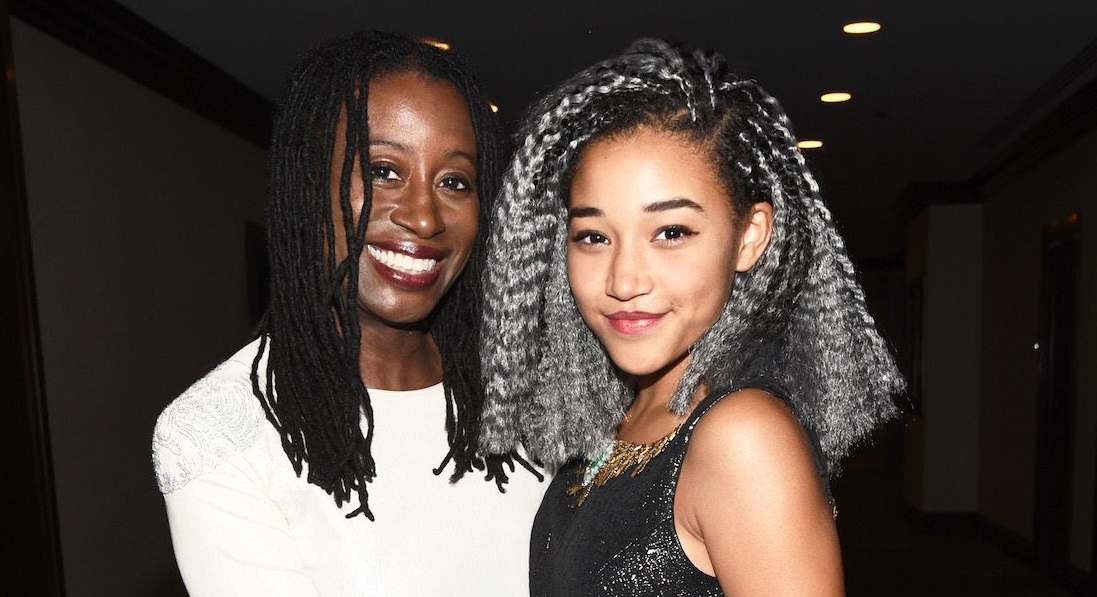 One of the first movies people recognize Amandla Stenberg from is The Hunger Games, which was released in 2012. She was quite young at the time but made a huge impact on viewers when she interacted with Jennifer Lawrence’s on-screen character as the young Rue. From there, she went on to play major roles that have been both memorable and incredible.

Some of those roles include Everything Everything, The Hate U Give, The Darkest Minds and Columbiana. Clearly, Amandla’s career is on the rise. Here’s what fans should know about her parents.

Amandla’s father’s name is Tom Stenberg and her mother is Karen Brailsford. According to Empire Online, Amandla’s mother is African American and her father is of Danish descent. In 2020, Amandla had only wonderful things to say about her mother to Essence.

“My mom reminds me that anything is possible. If I’m not sure, she’ll say, ‘Hey, you’re Rue!’ Months after reading The Hunger Games novel, I went from telling my mom I could see myself as this character to getting the part,” she said. “My mom reminds me that if I could manifest such an important role just because I wanted it so badly, then all my dreams are possible…”

Amandla also spoke about her father with Rookie Mag about how she has had to defend her cultural heritage. She said, “When I was younger, I remember people not believing that my dad was my dad because I was black and he was white.” She went on to explain that she believes children should be taught about multiracial families.

It is obvious that most people get a sense of identity from the two parents they were born to. Amandla has talked a lot about her identity in terms of race and sexuality over the years. She told People, “[Gender] can be pretty much whatever you want it to be. I tend to believe that gender, as we’ve established it in today’s society, doesn’t really exist.”

“I’ve said before that I’m comfortable using the pronouns ‘they’ or ‘them’ along with ‘she’ and ‘her,’ just because that’s a conversation that’s important to me,” Amandla continued. “I don’t necessarily always prescribe female pronouns just because I don’t think pronouns are necessarily very meaningful.”

According to Seventeen, Amandla has come clean about identifying as a woman in some cases, but not all. She has also spoken out against conforming to Western gender norms and against answering to anyone about who she is as a person.