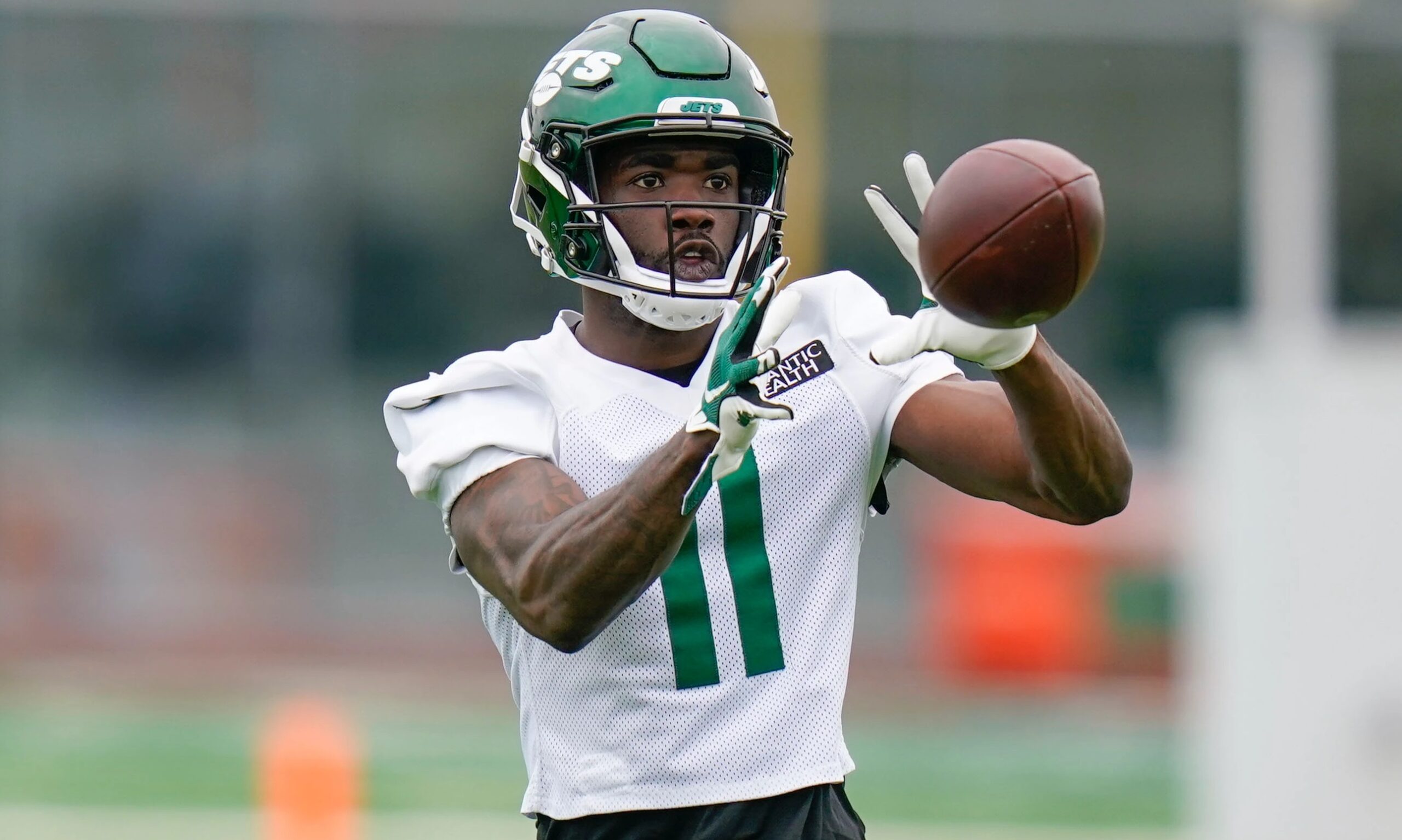 The New York Jets have made several changes in their second year under head coach Robert Saleh, and another, involving wide receiver Denzel Mims, may be on the way.

Will Denzel Mims be traded?

If Mims were to be traded, speculation is that the compensation would be a little less than what the New England Patriots got in exchange for N’Keal Harry, a 2019 first-round pick who was traded to the Chicago Bears for a conditional sixth-round pick. round pick that could become a fifth-rounder based on production.

Mims has had a disappointing start to his NFL career thus far. After two seasons in the league, Mims has been hampered by injuries and poor performances on the field.  mediocre receptions.

In 2021, while technically healthy, he found himself on the outside looking in and only caught eight passes. Granted, quarterback play was fairly inconsistent last season, with rookie Zach Wilson still acclimating to the NFL.

Heading into his third year now, Mims has just 490 career yards and has yet to catch his first NFL touchdown.

What makes Mims’ situation especially difficult is the caliber of WRs drafted in the same year as him. Other second-round picks like Tee Higgins, Michael Pittman Jr. and Chase Claypool have all found success with their respective NFL franchises.