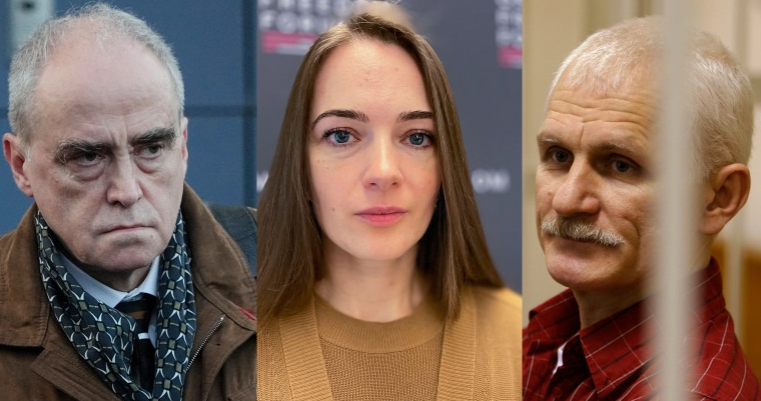 This year’s Nobel Peace Prize will be presented on Saturday to Belarusian, Russian, and Ukrainian activists for promoting the right to criticise power and protect the fundamental rights of citizens.

Jailed activist Ales Bialiatski from Belarus, the Russian organisation Memorial, and the Ukrainian Center for Civil Liberties group announced as recipients in October.

Norway, to speak to Natallia Pinchuk, Bialiatski’s wife, Jan Rachinsky from Memorial, and Oleksandra Matviichuk from Ukraine’s Center for Civil Liberties about the importance of civil society in a time of war, and the challenges and dangers activists face doing their job.

The award, worth about $900,000, will handed out on the anniversary of the death of Swedish industrialist Alfred Nobel, who founded the awards in 1895.

In its citation, the Norwegian Nobel Committee said the recipients “made an outstanding effort to document war crimes, human right abuses and the abuse of power”.

“Together they demonstrate the significance of civil society for peace and democracy,” it said.

Prominent Belarusian human rights activist Bialiatski is the fourth laureate to win the Nobel Peace Prize while behind bars.

The founder of leading rights group Viasna had been at the forefront of attempts to document the abuses committed by the government of Belarusian President Alexander Lukashenko, described in the West as Europe’s last dictator.

Bialiatski, 60, jailed in July 2021 following massive street protests over a national vote that kept Lukashenko in power for a sixth term the previous year.

His organisation documented the use of torture against political prisoners by Belarusian authorities and provided support to jailed demonstrators and their families.

Shortly before arrested, Bialiatski condemned the crackdown, saying local authorities were “acting as a regime of occupation”.

Bialiatski earlier spent three years in prison after convicted in 2011 of tax evasion, charges he denied. His supporters consider the arrest an attempt to silence him.