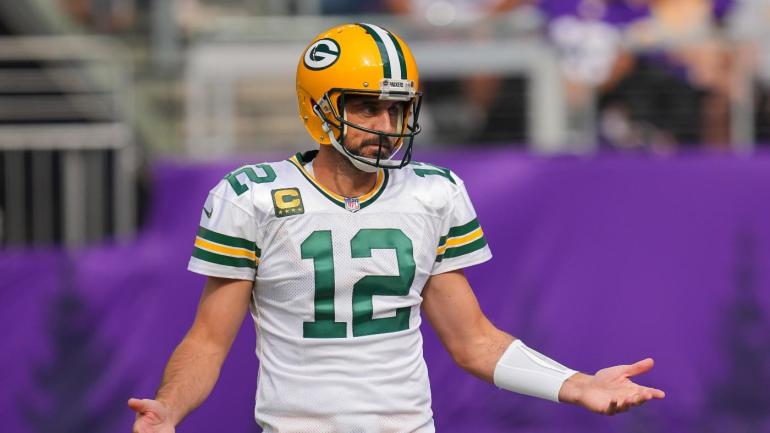 Week 1 of the NFL season is behind us and to summarize it in one word it was “wild.” Upsets, close games, overtime and ties were the story of the week for what was a very exciting NFL kickoff.

Of course, with the first slate of games comes overreactions. Are the Packers and Bengals in trouble? Are the Cowboys doomed? Do the Giants have a chance?

It is definitely easy to look at last week’s games and jump to conclusions. We will try not to get ahead of ourselves.

Here are some of the best games to watch this week, including some teams that could easily have overreactions from the Week 1 slate:

Both teams are coming off Week 1 wins: the Buccaneers defeating the Cowboys and the Saints defeating the Falcons. While one team is the obvious favorite, these two teams typically produce solid games.

Bucs quarterback Tom Brady knows that these divisional games are no guarantee, and after his win against the Cowboys on Sunday night, expressed how difficult it has been to beat the Saints in the past. Brady has a 4-5 record against the Saints in his career. Granted most of those matchups were against retired and future Hall of Famer Drew Brees.

The Bengals and Cowboys had high expectations heading into the season, but both had very rough games to start the year. The Cowboys not only lost to the Buccaneers, but also lost quarterback Dak Prescott, who could miss months following surgery on his right thumb.

Cooper Rush will take over for Prescott. He went 7 of 13 for 64 yards in the loss to the Buccaneers.

The Bengals came close to winning their game, but losing their long snapper, missing an extra point and a field goal and not to mention the five, yes FIVE, turnovers did not leave anyone too impressed. It is clear their offensive line still needs help and quarterback Joe Burrow throwing four interceptions is not a good sign. It is not time to panic, but this next game will be crucial to change the narrative and switch the momentum.

The Bears and Packers are the NFL’s oldest rivalry, and the rivalry will continue on Sunday night.

The Packers have to snap back after a disappointing and surprising Week 1 23-7 NFC North loss to the Minnesota Vikings. The Bears are coming off a 19-10 win over the San Francisco 49ers.

Rodgers lost some key offensive players, including star wide receiver Davante Adams, so growing pains were expected, but a blowout loss was not.

Packers offensive tackle David Bakhtiari is questionable for the game and did not practice on Thursday. Rodgers’ top receiver, Allen Lazard, was limited on Thursday with an ankle injury after missing the season opener.

For the Bears, offensive tackle Riley Reiff is questionable after a limited practice with a shoulder injury.

Week 1 of the 2022 NFL season was a thriller that featured some wild upsets. The Chicago Bears took down the San Francisco 49ers, the New York Giants pulled off an incredible comeback against the Tennessee Titans, and Russell Wilson lost in his return to Seattle. Expect more madness in Week 2.

Thankfully, the experts at CBS Sports and SportsLine have you covered to guide you through this weekend’s slate. Each week, we’ll collect all of the best picks and gambling content from CBSSports.com and SportsLine in one place, so you can get picks against the spread from our CBS Sports experts as well as additional feature content for each game, including plays from top SportsLine experts and the SportsLine Projection Model, best bets from our staff, survivor picks and more.

“Brady has played the Saints four times in the regular season over the past two years, and not only has he gone 0-4 in those games, but the Buccaneers have lost all four games by multiple scores. In their second meeting of the 2021 season, the Buccaneers lost, 9-0, which is mostly notable because it marks the only time over the past 15 years that Brady has been shut out.

“When Brady announced that he was returning to the NFL after just 40 days of retirement, I’m 99% sure his only reason for coming back was so he could beat the Saints. The good news for Brady is that this might finally be the year where he can do it. If the Buccaneers want to win this game, their best bet actually might be to take it out of Brady’s hands. One reason the Buccaneers struggle against the Saints is because Brady is always under pressure. I mean, the man is 45 years old; if he’s running for his life on every play, that’s not a good thing for the Bucs.

“If Tampa can run the ball, it might be able to win, and based on what happened in Week 1, it might be able to do that. For one, the Saints surrendered more than 200 YARDS on the ground in Week 1 and that was against the FALCONS. (It was only the third time over the past five years that the Saints have allowed a team to crack the 200-yard mark on the ground.) On the Buccaneers’ end, they actually ran the ball pretty well in Week 1 with Leonard Fournette rushing for 127 yards.

“I think the Saints can win, but I hate betting against Brady, which means I have to go with the Buccaneers.”

John Breech creates the most entertaining picks column at CBS Sports each week. To see his other top picks for Week 2, click here.