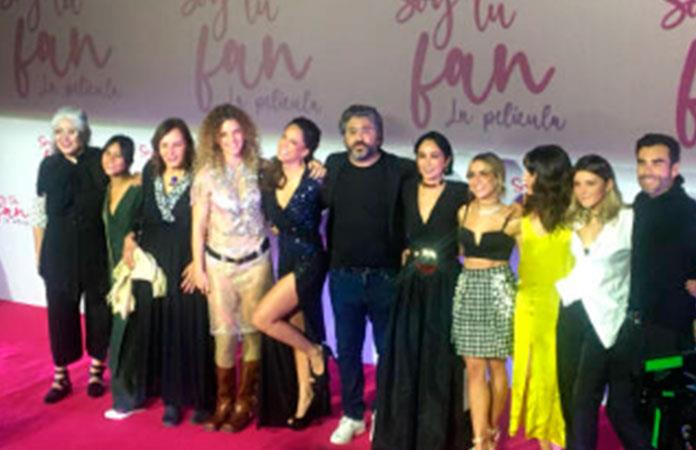 For the film version of “Soy tu fan”, the characters played by Marcela Guirado and Camila Selser have a relationship that, like any other, can be beautiful, but also painful.
In the film that will arrive in theaters next Thursday, both characters are reunited with the same characters that appeared 10 years ago in the television seasons.

“What evolves is the stage of life in which they are together as a couple, but a very beautiful stage that many couples can identify with, they are very beautiful processes that a woman goes through, but they can also be very painful and strong,” says Guirado.

“That’s why we make films, to take on these subjects that can be uncomfortable, scabrous, controversial. In the end, cinema is a collective event, that’s how we live it, and it has the particularity of making us feel less alone with our life experiences,” he stresses.
For Selser, in the end everything is love, regardless of its facets: “They are different or changing ways of seeing things, love has always been there, relationships and people are evolving, proposing, changing, I think that’s part of society,” he considers.

“Soy tu fan, la película”, had its premiere tonight at an exhibition complex in the south of Mexico City.
It was directed last year by Mariana Chenillo, who was responsible for several episodes of the series, and has practically the same TV cast, taking Charlie (Ana Claudia Talancón) and Nico (Martín Altomaro) as a starting point.
Maya Zapata, Edwarda Gurrola, Johanna Murillo, Juan Pablo Medina and Gonzalo García Vivanco are also in the cast. New additions include Daniel Tovar and Antonia Mayer Camil.