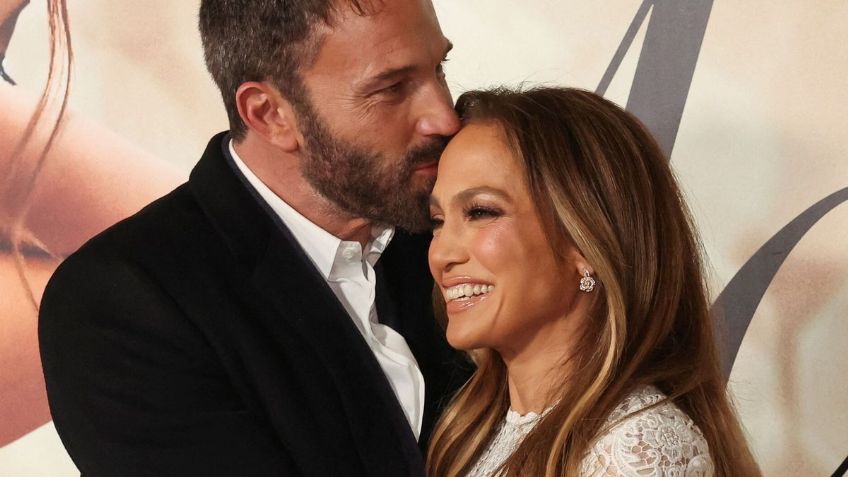 Jennifer Lopez is one of the women of the moment because she recently announce on her social networks, the release of her next album “This Is Me…. Now”, a sort of continuation of “This Is Me…. Then”, one of her first albums. Also, on 28 November, she released an interview in which she revealed some details about her career and her love affair with Ben Affleck.

“20 years ago, I fell in love with the love of my life,” the Bronx diva begins by referring to Ben and recounting a two-part love story. In the interview, Jennifer revealed all the details to Zane Lowe and said that she met her current husband on the set of ‘Gigli’ in 2002, but by then she was married to dancer Cris Judd. However, after a few months they separated and began to live a romance from another side.

At first Ben and Jennifer began a great friendship, but they quickly noticed that they had great chemistry. “We realised we were crazy about each other. Then I was coming out of a relationship. But it’s like you know, it’s like, ‘This is the person I want to be with.’ And it just grew over time,” the singer added.

As the days and months went by, their love grew stronger and stronger until they became one of the relationships of the moment, and the press even nicknamed them ‘Bennifer’. For this reason they were under the eye of the storm and public scrutiny. During this period Jennifer wrote ‘This Is Me…. Then’, her third studio album and it was a faithful portrayal of her life at the time and her great love for the actor, in fact she dedicated songs like ‘Dear Ben’ and ‘Baby I Love U!’ to him. However, after everything they went through, a ring and the announcement of the engagement, they ended up calling off the wedding.

According to the singer, it was one of the saddest and most distressing moments of her life, as the relationship ended up vanishing from one moment to the next and all the love she felt for Ben remained in her heart, kept like in a glass box. “I honestly felt like I was going to die,” Jennifer revealed of that moment, adding that one of her survival techniques was to stop playing songs that reminded her of her ex-partner.