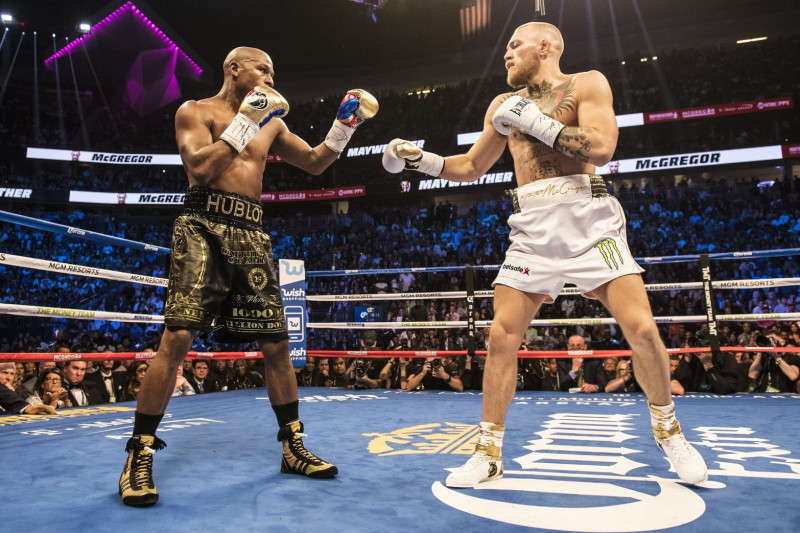 Floyd Mayweather Jr. is tentatively planning for a rematch with Conor McGregor in 2023, he confirmed to Charlotte Daly of the Daily Mail.

“We don’t know if it’s going to be an exhibition or a real fight,” Mayweather said. “But there’s been talks of both. I would prefer an exhibition.”

The boxing legend added he’s “not into fights where I am going to take any real punishment.”

Left unspoken was how the 45-year-old may also want to avoid putting his unblemished 50-0 record at stake.

Since earning a TKO victory over McGregor in 2017, Mayweather has limited himself to unofficial exhibitions. He has fought Tenshin Nasukawa, Logan Paul and Don Moore, and the Michigan native will box MMA fighter Mikuru Asakura on Sunday.

McGregor, meanwhile, has seen his fortunes in the Octagon take a hit. Since fighting Mayweather, he has lost three of his last four fights in UFC. The 34-year-old has been out for more than a year since his last bout, when he suffered a broken tibia against Dustin Poirier at UFC 264.

An exhibition against Mayweather would allow McGregor to cash a big paycheck while putting less stress on his surgically repaired left leg.

Their full earnings were never confirmed, but Mayweather and McGregor were guaranteed a purse of $100 million and $30 million, respectively, in 2017. That didn’t include their shares of the live gate and pay-per-view revenue.

For McGregor, the dilemma is probably whether he wants to commit to an event that will extend his MMA hiatus. He’s fallen to 11th in the lightweight rankings, and he isn’t getting any younger.

If McGregor wants to be a UFC champion again, then he may have to prioritize a return to the Octagon over a more lucrative venture with Mayweather.